Help us with a TAX DEDUCTIBLE DONATION:

Intrepid Dance Project was born out of the need to provide a platform for diverse dancers of all types to perform, be celebrated and have a visual presence in the media. Part dance and part documentary, Intrepid Dance Project seeks to empower through beautiful movement and inspiring stories.

"My unexpected journey as a dancer began in 2007 when I was 37 years old and roughly 330 pounds or so. I had been pursuing work as a traditional actress for many years when I saw an audition for cirque- (which I had always promised myself I'd audition for if I ever got the chance.) That audition altered the course of my life profoundly. Since that time I have devoted myself to exploring dance, clowning, circus and physical performance."

Jennifer was born and raised in Brooklyn where she had the chance to work in almost every aspect of theatre both onstage and off. Most recently she had the honor of appearing in Taylor Mac's 24 Decades of Popular Music in Los Angeles ( MacArthur Fellow, a Pulitzer Prize Finalist for Drama.) She also was accepted into and completed the prestigious 2019 Directors Lab West program.

Over the years some of her favorite roles have included: Bea in Effects of Gamma Rays (San Diego Playbill "Billie" Award), Alma in Summer & Smoke and understudying Prospero at Judith Shakespeare. In addition Jennifer worked for many years at The Lucille Lortel Theater where she had the honor of assisting Uta Hagen during her run of Collected Stories. As a director, Jennifer's credits include: Chamber Music, Lysistrata, and a (42--all children cast) production of Guys and Dolls.

As a dancer, Jennifer is most known for being one of the original members of R.A.I.D. at the Bootie LA dance party for seven years. Additionally, she performed extensively in Los Angeles with Improv Dance Co. (seven years) and many circus productions including Cirque-A-Palooza at the Pasadena Playhouse.

Passionate about body image, Jennifer has consistently worked as a writer most notably as Entertainment and Arts Editor to Plus Model Magazine and Adios Barbie where she interviewed celebrities such as Leonard Nimoy and Martha Wash as well as many other interesting artists and activists. In 2010 she was honored as a nominee (alongside Jessica Simpson and Kate Winslet) for a "Nourishing Your Spirit Award" primarily for her performance work as a dancer.

Why Intrepid? by Jennifer Jonassen

Well to begin with I believe it takes a lot of courage to put yourself out there in the world--especially as a dancer if you do not fit within the very narrow confines of how society defines a dancer's body. So I was searching to find a synonym I guess for brave, fearless etc...My mind suddenly jumped back to when I was an intern for Susan Gregg who was the Associate Artistic Director of the prestigious regional rep theatre in St. Louis Mo. I remembered that she used to refer to herself as intrepid and even signed her correspondences your intrepid associate or something to that affect.

There are three women in particular who really influenced me in terms of creating Intrepid Dance Project. The first is Susan Gregg who for hours would sit with me picking out fonts and teaching me how to write press releases and copy. I was her dramaturgy intern but she wanted me to learn as much as possible about what it took to run a theatre. "Someday, she said, when you are running your own theatre you will remember how important the right font is." And by goodness lol every time I stamp our photos with Intrepid Dance Project I think of her saying that.

Susan saw something in me that I honestly didn't see until just recently. That I would really would be running a theatre one day. Or in my current case an ambitious dance/performance project.

The second woman in what I like to think of my trinity of Intrepid Dance Project muses--is Niki Juncker. She was my professor in college and I was assigned to her for work study in her costume shop. Even though I couldn't master the sewing machine to save my life- I learned how important costuming is. She was a brilliant designer and a brilliant intellectual. She could have won on Jeopardy if "she could only remember to form the answers as questions." Niki made sure we all knew our theatre history everything-- from Aeschylus on up lol. Both Susan & Niki let me house sit at their cool apartments when they went out of town for summer stock gigs.

Last but not least in this trifecta is my dear friend Marilyn Giardino-Zych. Who was my roommate until she was diagnosed with pancreatic cancer. I met Marilyn in the Twilight Zone lol. No really. We worked together on the set of the Twilight Zone where she was a script supervisor and because of her dance background she coached me on my dance in the piece. I mentioned to her that I was in a dance troupe at the time and that she might want to join and the rest as they say is history.

Marilyn was also a clown which was auspicious as I was just starting to explore that art myself. She had the biggest smile--in fact watching her onstage taught me the importance of a smile. All three of these ladies had a really salty sense of humor, they were all fiercely intellectual--loved Joseph Campbell and spoke up and out against authority when need be.

Marilyn told me once that I was going to have to create my own opportunities in show business. She encouraged me to start my own projects. The last time I spoke with her (about a week or so before she died) she was excited to show me her recently and officially embossed business license for a production company she had always wanted to launch. "You see Jennifer it's never too late to live your dreams." And she was right. 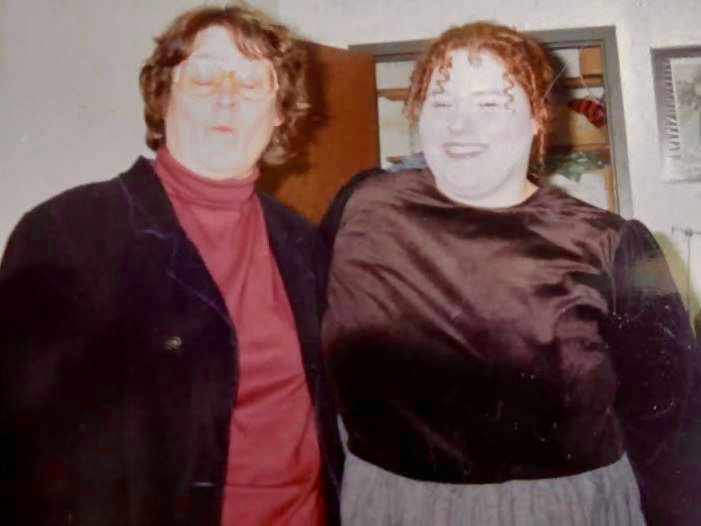 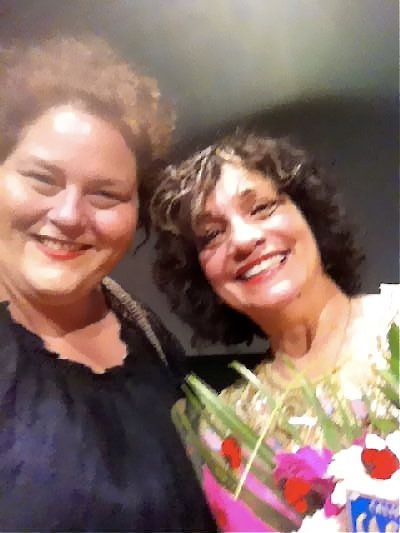 All dancers are encouraged to connect with us! Especially seeking those who may have been discouraged in the past. Intrepid Dance Project is a collaborative effort to create diversity in dance, to challenge stereotypes, and to empower and inspire through dance.